Veronika Cesar is the daughter of animation instructor and veteran Disney animator Darko Cesar and fine artist Mirjana Cesar. When her parents posted a video portfolio of her work on Facebook recently I was curious to find out just how this young artist had developed such formidable skills by the age of 14. Veronika was kind enough to grant me an interview to share some of her processes with us, along with her insights on creating engaging and appealing characters. (Click on any of the images below to enlarge them):

JGO:Thank you so much for agreeing to do this interview Veronika. Tell us, when did you first start designing your own characters?

VC: I think I created my first character way back in second grade. It was a white dog with brown spots, and I drew him all over the place. Elementary school was probably my most productive period for characters. I had created about 72 creatures in my sketchbook. 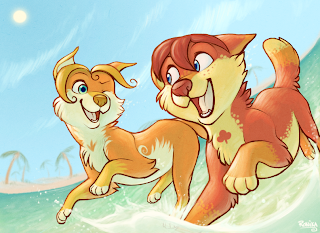 VC: One of my biggest creative influences is obviously Disney. I can't really even say how much I love classic Disney. Another of my is my dog Chuie, who, even though he is a puffy ball of fur, served for a lot of my observations on how to draw dogs.
Most of my favorite artists I have found over the website DeviantArt. They include alexds1, Ayem , FatPandaLynn, and a few more. 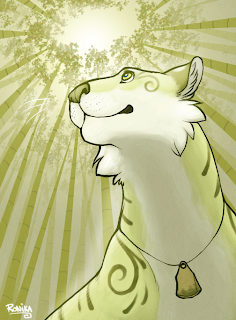 JGO: What inspired you to create these characters?

VC: I don't really remember what my inspiration for my characters was way back when, but I know that nowadays, my inspiration for character designs will come from color schemes I like, some of the doodles I draw while letting my mind run free, or really any abstract concept I might come up with randomly. Sometimes, even if it doesn't happen as frequently as it did before before, I'll blink and an image of a character will show up. I love it when that happens. 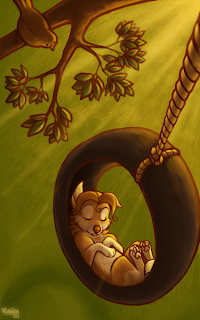 JGO: What are your favorite software programs and/ or mediums to use?

VC: I used to favor Photoshop CS2 as my digital drawing program, but then I discovered Paint Tool SAI. It's not as technical as Photoshop, but it's more directed towards art, unlike Photoshop which focuses on photo editing. Paint Tool SAI is wonderfully smooth and fun to use. For traditional art, I love, love, love, love Prismacolor pencils and watercolors. They're so vibrant and fun to blend. 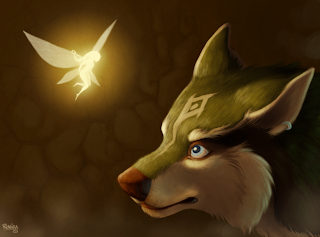 JGO: How do you start a character design? Do you doodle for a while or do you have a finished concept in mind from the beginning?

VC: The actual process of character design varies for me. Normally, I'll have a main concept in my head, and I'll doodle that and work on it until I feel like it's more complete. If I forget to draw something, I leave it out of the design and doodle more and more. Sometimes, I only have to draw the character once and I'm satisfied with the design. More often the first process, though. 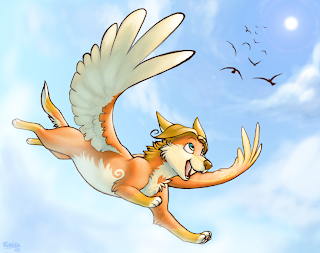 JGO: Your animals have a nice sense of underlying anatomy. How did you learn to construct your characters so solidly?

VC: Though I should be learning bone structures and muscle diagrams, really the extent of my anatomy knowledge is basic shapes, proportions, and some vague understandings of bones. A circle for the head, usually elongated ovals for limbs, elongated circles and squares for chests, etc. I think being able to imagine what you want to draw in your head in 3D is essential for being able to make it look solid on paper as well. Observing animals and humans in real life is also extremely important, though I have to do that more... 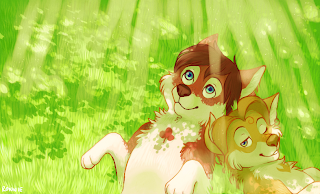 JGO: How did you come to have such a great understanding of action lines and foreshortening at such a young age?

VC: I learned most of what I know about action lines and foreshortening through a few animation books my dad hoards in his office, but more of my knowledge comes from simply exploring and experimenting myself. Really I just draw, draw, draw and draw, trying to apply observations I have made as I go along. It's super important for artists to be adventurous and bold, though. You have to be willing to try everything and anything you can think of, and not worry about how it will come out. 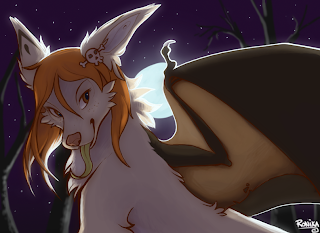 JGO: You do a great job of conveying expression with your characters. What advice would you give to other artists who would like to make their characters more expressive?

VC: Like I said with my last answer, being adventurous and bold is key for improving and learning. For expressions, I tend to make the character's expression that I'm drawing with my own face (kind of awkward at school, haha). Doing this, it would seem, helps artists imply more life in their drawings. Also for expression, the animation principles of squash and stretch go a long way. The face squashes when smiling or showing an angry expression, and it stretches when gaping or shouting. While eyebrows are obviously important for expressions of eyes, the cheeks also play a big part. Squishing the cheeks up adds some extra life when drawing smiles and such. Experimentation is also important for this, I've often learned how to draw expressions from just playing with eyebrow shape.

JGO:What do you think is the key to creating characters with "appeal?"

VC: I think that character appeal has a lot to do with simplicity, uniqueness, emphasizing shapes and forms, appealing color schemes, and style. Typically, the less cluttered a design is while still being unique, the more appeal the character has. Conveying personality through color scheme and emphasized shapes is also a big part. I think that more emphasized, cartoony characters are often more appealing than very realistic characters. Utilizing clever ideas and concepts in a design can also make a character very admirable. 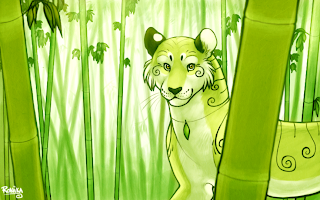 JGO: Do you have any future career plans at this point?

VC: At this point, I'm aiming for an animation studio. Pixar is at the top of my list, but Disney and Dreamworks are also options I'll go for. If I don't end up with those, I'd probably end up being an illustrator for books, a video game designer, or a comic book artist. 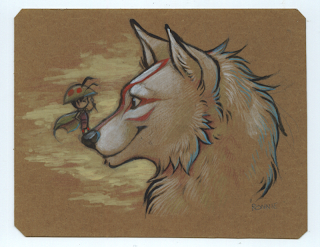 JGO: Thank you so much for your time and willingness to participate in this interview, Veronika!