Once "Rapunzel", then "Rapunzel Unbraided", and now "Tangled", Disney's 50th animated Feature film, set for release November 28th, has gone through many changes throughout it's years in development. One thing that hasn't changed much, though, is the artistic influence of two artists in particular. One was the French Rococo painter Jean-Honorer Fragonard, specifically one of his best known works; “The Swing” which inspired the lush fairy tale world that Rapunzel inhabits. The second is animation legend Glen Keane, who was the original driving force behind the film. Glen's masterfully solid, appealing, expressive and  passionate animation and drawings are admired across the globe. He is currently being honored with a gallery exhibit in Paris and is touring with a retrospective of Disney Art in Australia. Below are just a few of Glen's character designs for Rapunzel, Flynn Rider, and Mother Gothel, along with a glimpse of other visual development art for the film. More of these images can be found in the newly released book "The Art of Tangled": 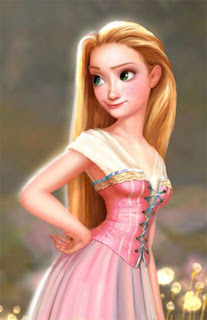 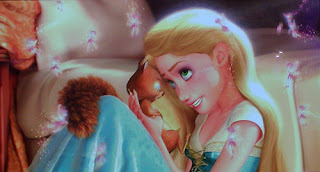 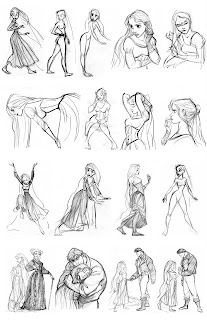 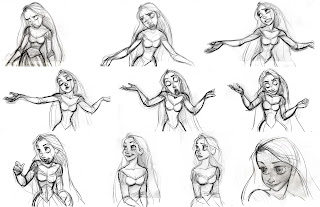 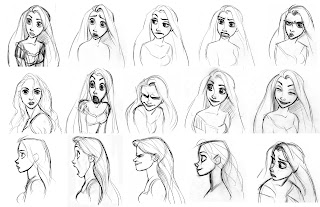 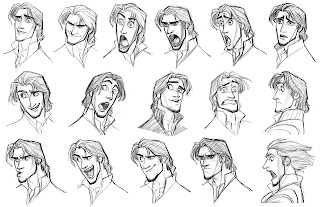 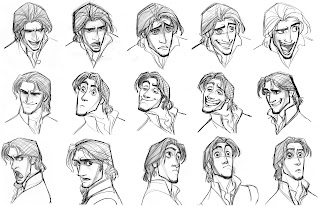 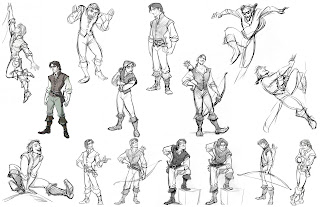 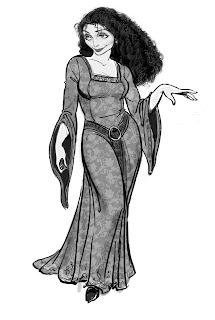 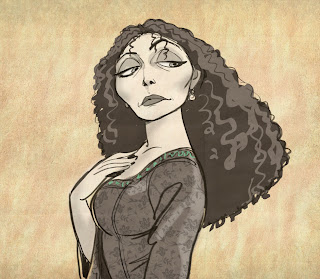 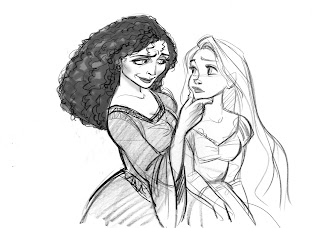 A few other character designs. Who are they? You'll have to see the film to find out! 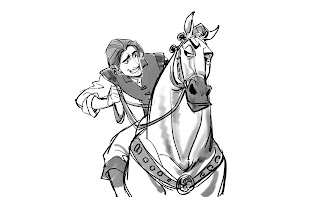 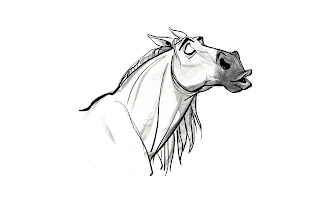 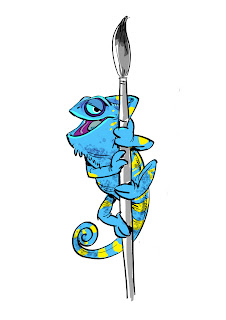 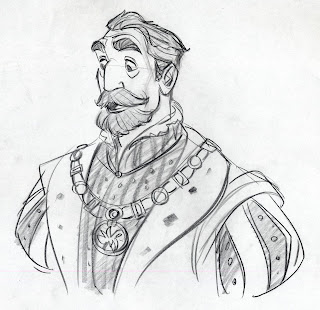