This week our class focuses on creating costumed characters with clothing that displays believable drapery and folds. Few artists have ever been as skilled at rendering garb of every type as was Joesph Christian (J.C.) Leyendecker (1874-1951). Born in Germany, Leyendecker and his family moved to America in 1882. He attended the Chicago Art Institute and, along with his younger brother Frank, was enrolled in the Academie Julian in Paris. The brothers returned to Chicago in 1899 and set up their studio on South Michigan Ave. Joe soon received his first commission for a Saturday Evening Post cover, and would later produce 322 covers for the magazine. 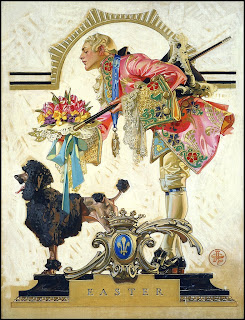 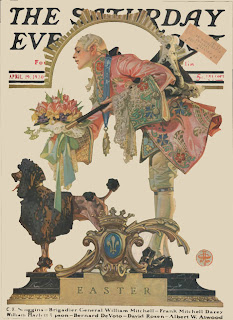 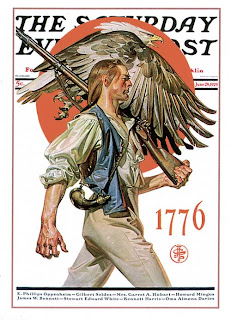 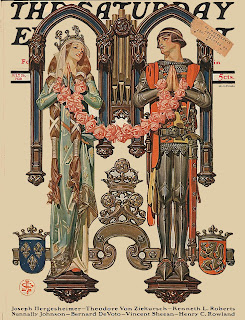 Leyendecker also did covers for Collier's Magazine, and by 1900 had moved with his brother and sister to New York City to begin an enormously successful career as a commercial artist and illustrator. His client list included Kuppenheimer Suits, Interwoven Socks, Kellogg's and, most notably, Arrow shirt collars. The Arrow Collar Man-a male answer to the Gibson Girl-came to define the fashionable American male during the early decades of the twentieth century. For the illustrations Leyendecker often used his favorite model  Charles Beach (1886–1952) who later became his manager and lived with him until the end of his days. 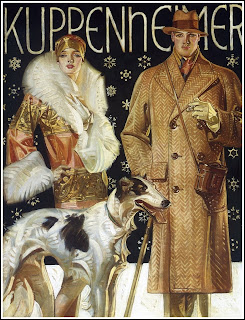 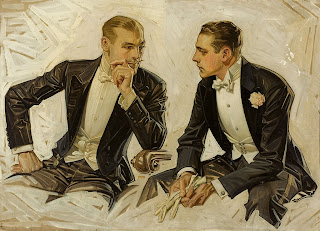 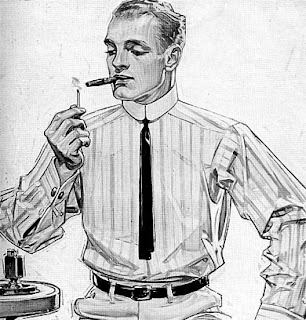 Leyendecker preceded Norman Rockwell, who was hugely influenced by the illustrator, particularly early on in his career. The two became good friends and remained so throughout their lives. Through his work for the Saturday Evening Post, J.C. Leyendecker created lasting cultural images for the early half of the 20th Century in America. The mainstream image of Santa Claus as a jolly fat man in a red fur-trimmed coat was popularized by Leyendecker, as was the image of the New Year Baby. The tradition of giving flowers as a gift on Mother's Day was started by Leyendecker's May 30, 1914 Saturday Evening Post cover depicting a young bellhop carrying hyacinths. It was created as a commemoration of President Woodrow Wilson's declaration of Mother's Day as an official holiday that year. 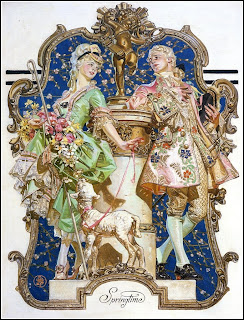 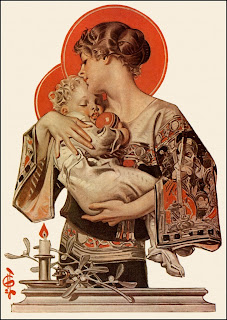 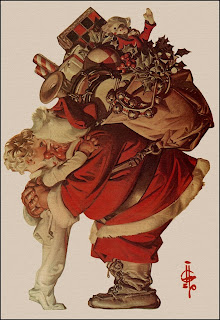 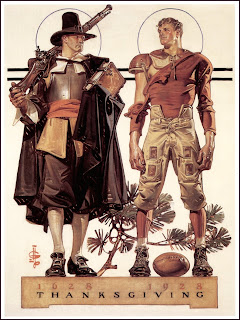 Method: In December of 1950, Saturday Evening Post cover artist J.C. Leyendecker outlined his basic method in a letter to a student:

“My first step is to fill a sketch pad with a number of small rough sketches about two by three inches, keeping them on one sheet so you can compare them at a glance. Select the one that seems to tell the story most clearly and has an interesting design. Enlarge this by square to the size of the magazine cover, adding more detail and color as needed.

You are now ready for the model. First make a number of pencil or charcoal studies. Select the most promising and on a sketch canvas do these in full color, oil or water with plenty of detail. Keep an open mind and be alert to capture any movement or pose that may improve your original idea. 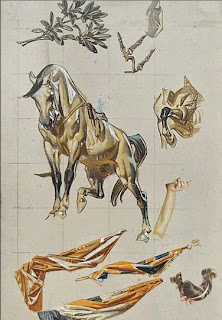 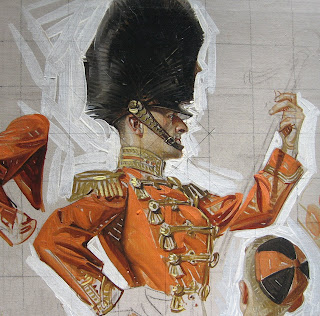 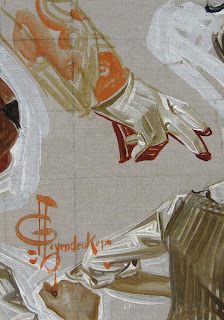 “You may now dismiss your model, but be sure you have all the material needed with separate studies of parts to choose from, for you are now on your own and must work entirely from your studies.
This canvas will somewhat resemble a picture puzzle, and it is up to you to assemble it and fit it into your design at the same time simplify wherever possible by eliminating all un-essentials. All this is done on tracing paper and retraced on the final canvas. Your finished painting may be any size to suit you, but is usually about twice the size of the reproduction." 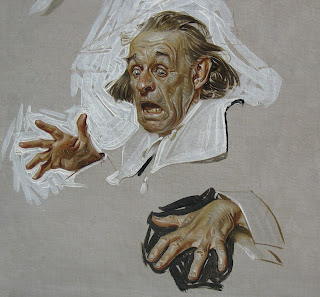 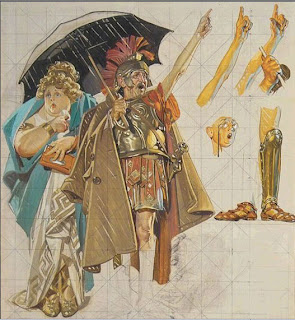 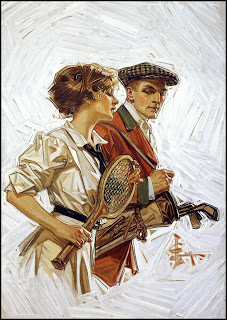 “As a rule, I start work with a round or flat sable using a thin wash, with turps as a medium. Keep shadows very transparent, and as the work progresses, apply the paint more thickly on lighted areas, adding some poppy oil or linseed oil if necessary, and using a larger flat bristle brush for the heavier paint, but still keeping the shadows thin and vibrant. When the work is dry, apply a quick drying retouching varnish either with a brush or an atomizer.
Sometimes because of prohibitive model rates or other reasons, one is forced to use photography, but try and avoid it if possible." 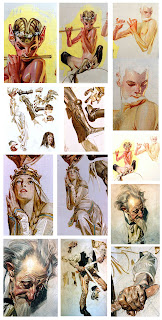 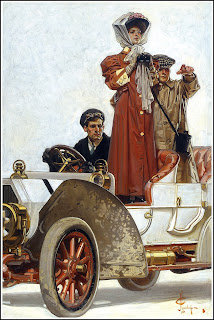 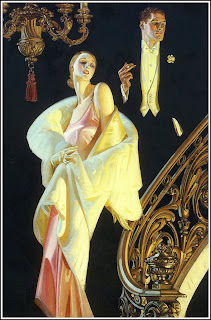 Leyendecker's defined, highly structured-even sculptural-style influenced that of the character designs of Disney's "Pocahontas" (animator Glen Keane, among others, is a long time admirer of J. C. Leyendecker's works), as well as the video games Team Fortress 2 and The Dagger of Amon Ra.

Special thanks to lines and colors and Gurney Journey for publishing Leyendecker's process.