As my students are hard at work on their final projects- final line turnaround model sheet and an expression model sheet- I thought that now might be a good time to take a quick tour of the various types of model sheets that are used in animation. For the time being I'm mostly using from Disney Feature Animation, but I'll try to vary them more in the near future.

The first is a General Final Line Model Sheet. A single character is portrayed in turn around drawings that give us a sense of how to draw the character from any angle, along with some facial expressions, attitude and action poses. Note that the top and bottom sheets were drawn at different times. Like many characters Bugs went through an evolution from one year to the next. Many early model sheets tried to fit everything an artist needed to know about a character on a single sheet, and this one just about succeeds in doing just that. But these days model sheets come in many styles, some far more specific than others. 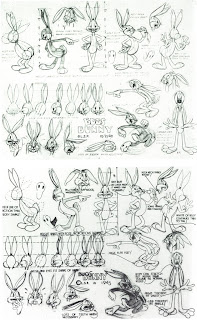 Even in the earliest stages of development Rough Character Concept Model Sheets are sometimes created. This general design concept of the Beast was approved before the character was fully finalized. It gives us a sense of the basic design of the character, along with attitude poses that help to tell the story of just who he is: 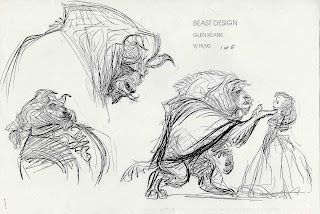 In the case of a character like The Beast, unique anatomy requires unique reference for artists working on the Beast team. An Anatomical Study Model Sheet can give animators a better idea of the structure that exist under all that hair. 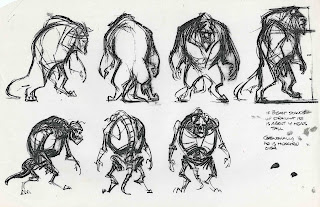 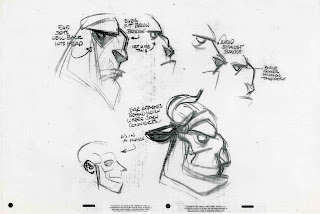 Another type of model sheets that's often generated early in the final design process is the Rough Construction Model Sheet. This set of Flynn Rider sheets were created by Glen Keane for the film"Tangled". One shows the underlying structure of the character while the second presents the same poses fully clothed. These 2D designs are great aids for building a 3D character: 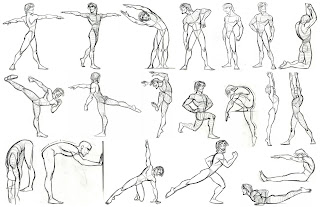 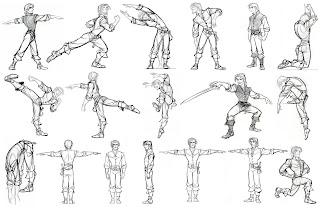 Rough construction model sheets can sometimes focus only on details of a character, such as hair: 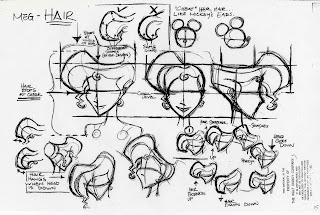 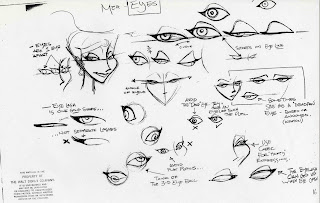 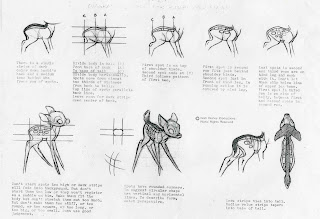 The majority of Rough Model Sheets are created from the best studies or keys from the most successful scenes that have been animated of the character up to that point. They often show action, expressions and attitudes that best display the character's personality: 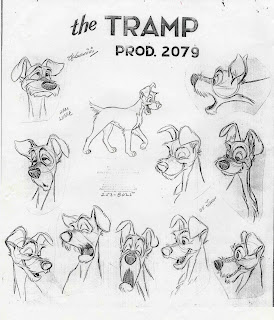 Sometimes a turn around drawing which also shows how many heads high the character is can be added to the rough model sheet, which creates a rough version of the "all-in-one" design that we saw in the Bugs Bunny sample: 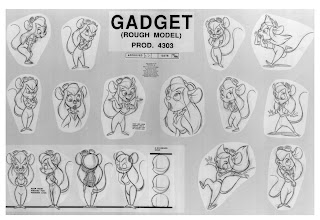 A Rough Dialog Model Sheet shows various mouth shapes that are created when the character is speaking. This one has the added benefit of also showing a range of emotions: 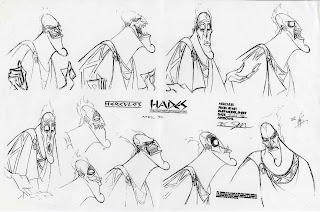 Some characters are unique in that they aren't entirely constructed with recognisable anatomy. The Genie from "Aladdin", for example, was partially made of smoke. A Final Line or Clean Up Construction Model Sheet helps animators to see volume as well as structure for even the most "cartoony" of characters: 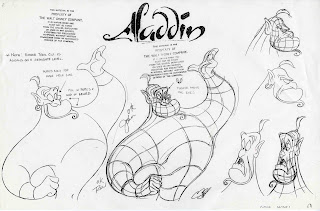 Solid construction is crucial when creating a Turn around Model Sheet (many studios use one word, "turnarounds, instead) .When beginning your turnaround model sheet, it's usually easiest to start with either a forward facing view of your character that has the proportions entirely worked out; this will be THE drawing that sets the standard for your character. When completed, flip this character face down on a lightbox (use a lighted window if you don't have a lightbox) and trace the outline. Flip it back around and detail in the back view, referencing the front view as you go. Once both are completed, line them up and use a ruler to map out corresponding points on their head and body. Use these to rough out a side view and 3/4 view of your character. You can do each on a separate piece of paper and Photoshop them together once you have the character fully mapped out: 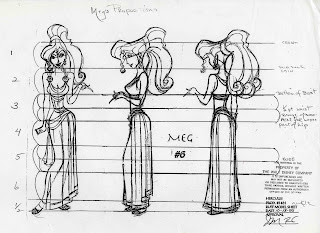 If you don't have much experience with doing turnaround drawings this process might take awhile and the drawings may get messy in the process. Do a second rough on a fresh sheet of paper over the first if it gets too overworked. Once you are happy with your turnarounds, proceed to a Final Line Turn Around Model Sheet: 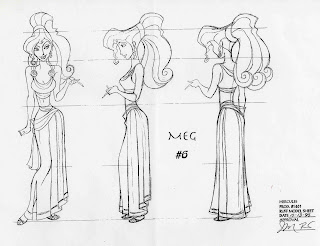 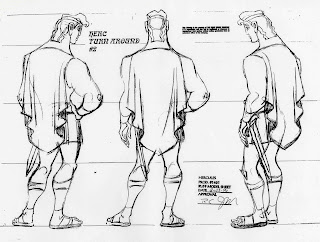 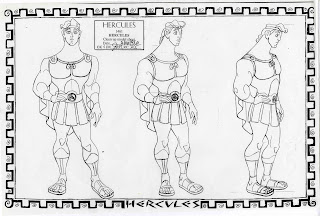 You'll note that Meg's Turn Around Model Sheet shows three poses while Herc's shows six. The average is in the middle; four. Front, back, side, and a three quarter view. 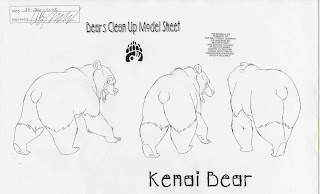 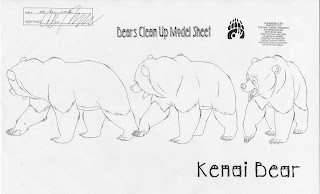 There's more to come!
Posted by Jennifer G. Oliver at 2:17 AM