French born character designer Nicholas Marlet may have only recently gotten a lot of notice for his unique and appealing character designs, but he's been in the business for quite a while. He started as an animator on "Ducktales", "Talespin" and "Balto", doing character design on the latter which lead to a character designer position at Dreamworks. He worked on "The Prince of Egypt", "The Road to El Dorado", "Sinbad", "Madagascar" and "Over the Hedge". But it wasn't until his work on "Kung Fu Panda"and "How to train your Dragon" that he became a household name within the animation community. 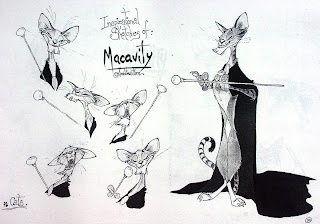 "He was so unique in his solutions that I had a hard time finding other people to emulate it,"  Dreamworks production designer Raymond Zibach says of Marlet in this Variety Interview "The way Nico designs, he looks at the actual animal and tries to distill down what's there into something that works for the film," Zibach says. "Some of the rules we followed were actually his, like we don't stick necks straight up out of torsos and then put animal heads on the top or it just looks like a guy in a costume. Instead, we have the neck coming forward, so the head and neck and body are really one unit."

Marlet's early designs explored the panda's basic shape -- round curves, stooped neck, heavy belly. "They're very appealing already," Marlet says of the animal. Then he tested the balance of black and white in the bear's face: "Jeffrey didn't want to have too much black." His breakthrough was the bear's brows, which were big and flexible enough to accommodate the full range of Jack Black's expressions -- even though the actor had yet to be cast when Katzenberg signed off on Marlet's approach.
(All Ku Fu Panda images from "The Art of Kung Fu Panda" ) 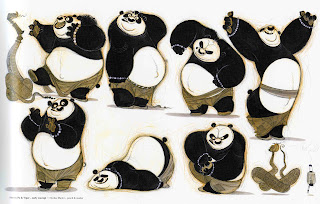 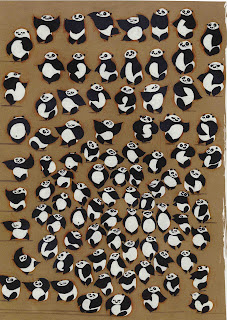 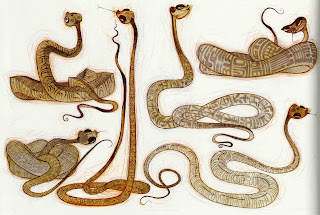 For the supporting cast, Marlet had to juggle multiple considerations. In addition to representing the animals' true natures, the designs had to be flexible enough to reflect their respective fighting styles and distinguish the characters not only from one another but also from animated films that had come before. Tigress reflects a particularly striking solution -- and one of Marlet's favorites.

"I love cats," he says. "They are perfect for kung fu. The way they fight is very elegant and at the same time very powerful, almost like a dance. If you look at different styles of tai chi, they do the same movement very slow and hold the pose." Marlet based Tigress' proportions on actual cats, emphasizing the short hind legs and elongated torso, which posed a challenge for the modelers and riggers accustomed to animating human-shaped characters. 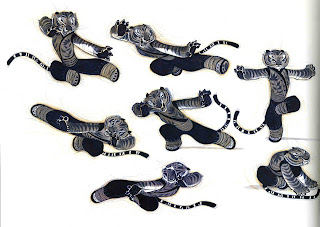 Note how the characters are primarily comprised of a few strong shapes; a dominant, which usually dictates the primary action line, just a few subordinates and an accent or two. The small details are all laid in well after the character is fully constructed. 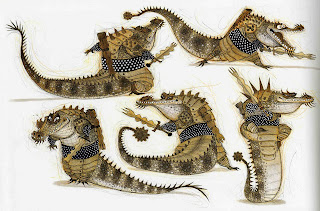 Monkey was adapted to provide more comic relief, evolving from a macaque to a golden monkey to accommodate a wider range of expressions: 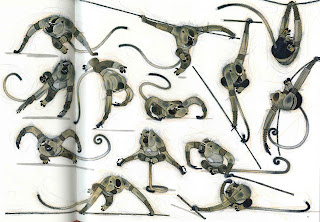 Concept art for "The Bee Movie": 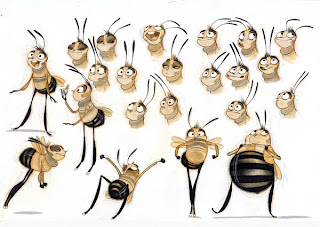 Concept Art for "How to Train your Dragon": 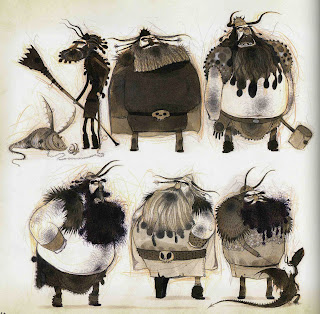 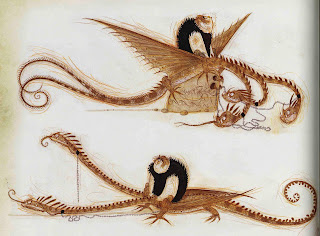 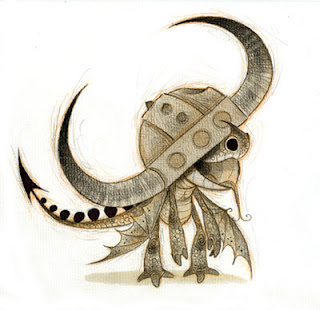 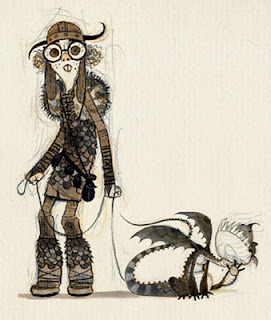 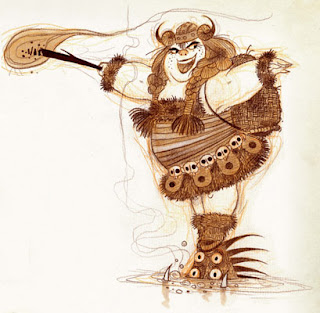 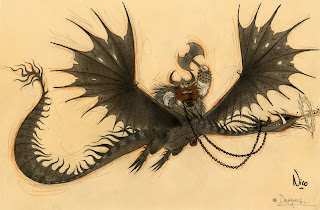 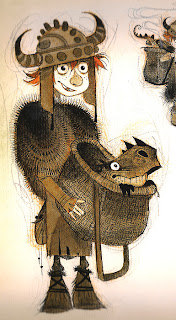