The first set comes to us from the 1999 Warner Brothers film "The Iron Giant" and belonged to the lead character, a young boy named Hogarth, though I feel that they would work for a stylized male character of almost any age. The second set of sheets come from the soon to be released Disney animated Feature film "Tangled" and were created by the celebrated Disney animator Glen Keane. Remember that portfolio reviewers will almost always look for how you handle the faces, hands and feet of your characters, as avoiding any of those three areas sends up a warning flag about an artist's overall competence as a draftsman. 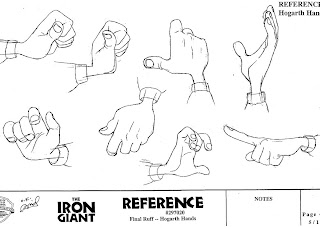 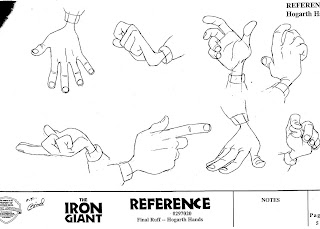 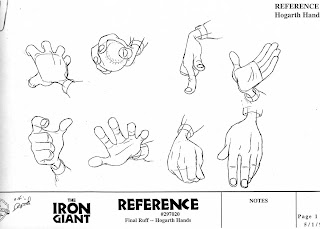 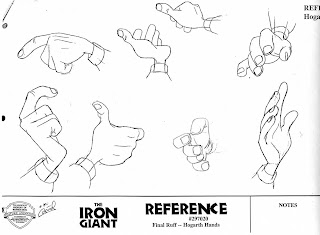 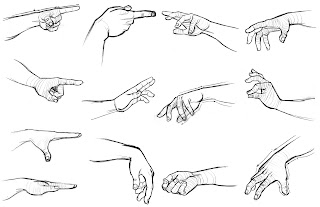 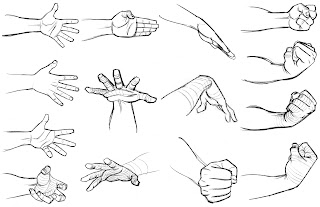 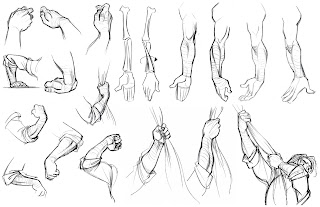