Award winning and Internationally recognized character designer, concept artist, illustrator, screenwriter, producer, author and art instructor Iain McCaig is a busy man to say the least. His concept work,  character design and storyboarding skills are highly sought after within the film community, where he has contributed  to such high profile projects as the Star Wars prequels, Terminator II,  Hook, Francis Ford Coppola's Dracula, Interview with a Vampire, Peter Pan (2003), and Harry Potter and the Goblet of Fire. He is also Co-Producer and concept design Director of Ascendant Pictures science fiction epic Outlander.

McCaig's screenwriting credits include his adaptation of Ursula K. Le Guin's A Wizard of Earthsea for ShadowCatcher Entertainment and was co-author of People, an Emmy nominated animated special created for the Disney Channel. He also wrote and designed The Pied Piper for Imax/ Mainframe and made his directorial debut with the award winning film The Face in 2000.

Iain McCaig co-founded Ninth Ray Studios LLC in 2005,  a freelance story and design group which has provided pre-production and development for several feature films including Outlander and both the Paramount and Disney/ Pixar versions of John Carter of Mars. 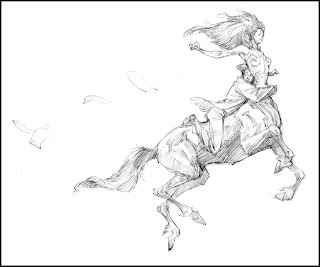 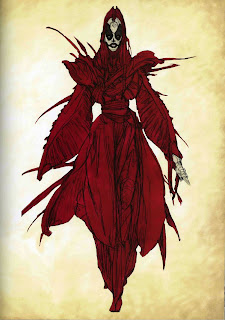 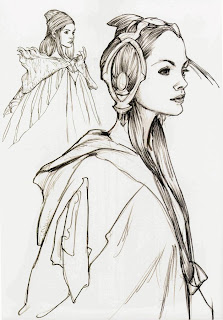 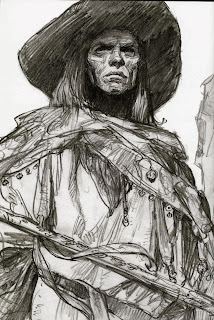 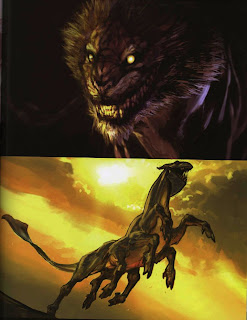 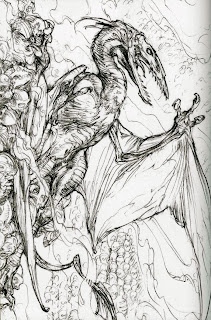 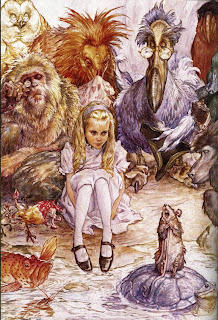 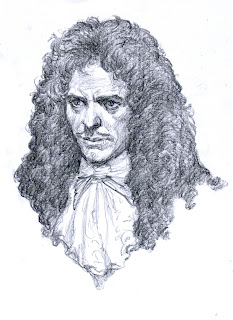 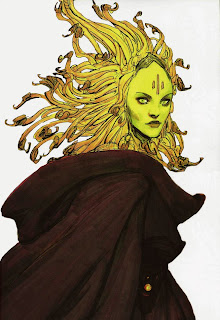 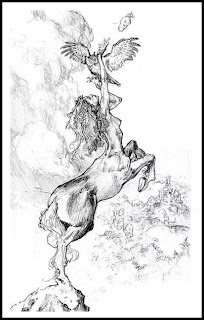 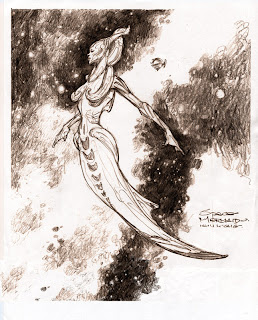 The images here are taken from his highly recommended art book "Shadowline: The Art of Iain McCaig", which is both a fictionalized story of a visit to an otherworldly studio and an intensive drawing course (I'd grab one while you still can)! McCaig's website is infamous for possibly being the longest "coming soon" website in history, but in the meantime he has started an inspiring blog which will hopefully continue well into the future. McCaig is also has four bestselling instructional DVDs available through the Gnomon Workshop.