How to Kill a Great Character Design, Part Two: Sawtoothing, Tangents and lack of Variance

Here are a few more common drawing pitfalls to avoid in most circumstances.

Sawtoothing refers to unnatural clumps of hair or feathers that often resemble the teeth of a saw blade, or are simply painfully monotonous shapes within a design that wasn't structured for such. Vary the lengths, size and volumes of locks of hair, along with their direction, to create soft, natural and visually pleasing hair or fur. 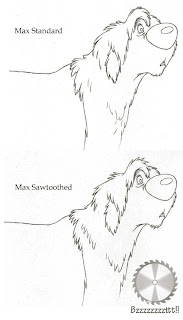 Tangents happen when one shape lines up (tangents) with another, fooling the eye into seeing unintended shapes and making it difficult to differentiate separate forms. Disney veteran Philo Barnhart shares a few "tangents I have known" from "The Little Mermaid": 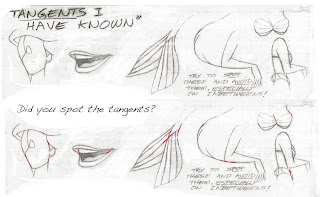 Lack of Shape Variance Like sawtoothing, this can occur in monotonous, repeating folds of fabric, wrinkles or folds of flesh, markings on animals, feathers, tatters on clothing and other details.


Success! This gryphon character design "Varick" by Anya McNaughton has it all; varied hair/ lack of sawtoothing, shape variance in the feathers, toes, interior hair groupings, markings, and more, along with a careful avoidance of tangents: 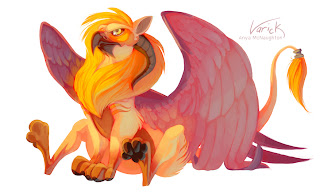 When to Break (some of) The Rules When creating a flat, graphic character design or a character that uses pattern as part of it's design or texture. Examples include Aurora's repeating hair shapes, which fit in with Eyvind Earle's stylized art direction of "Sleeping Beauty". 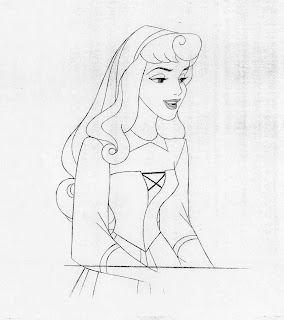 The clean, simple character designs for "The Secret of Kells" who employ some shape consistancy to blend in with their world of repeating patterns that mimic some of the themes of Celtic illumination. 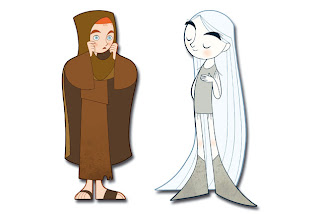 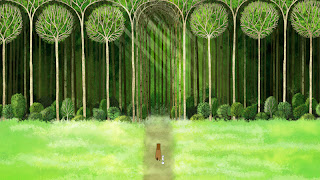 Character Designer Cory Loftis' "Girl Wizard"; while maintaining many of the rules of good design, pattern is used on her clothing, with repeating shapes echoing the look on the owl companion. Consistency is key when purposely using patterns and repeating lines or shapes. 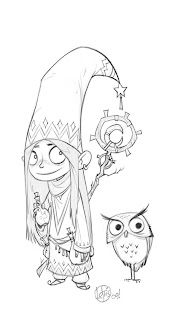 The same element of consistency applies to Nico Marlet's designs, 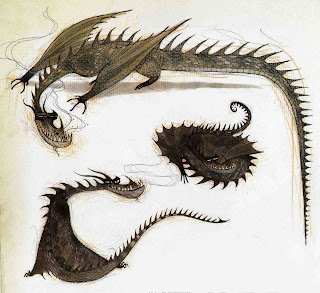 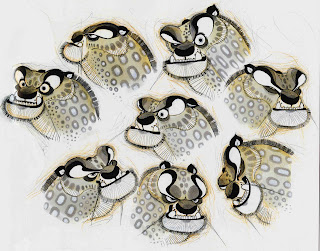 More of these tips can be found in a PDF download here. The PDF is an interpretation of some handwritten notes to my clean up team on "The Rescuers Down Under" 20+ years ago. The original notes have been xeroxed so many times since then that they are barely legible. I will try to re-write them one of these days!
Posted by Jennifer G. Oliver at 8:52 PM