An Interview with Terryl Whitlatch - Part One

Born in Oakland, California, Terryl Whitlatch started drawing at less than three years of age. Blessed with a mother who was, and still is, a talented artist-illustrator, and a father who taught biology, her fascination with animals started early. Countless weekends were spent visiting zoos, aquariums, and museums, and her father was constantly bringing home mounted skeletons, creatures preserved in jars, and living animals as well - chicken hatchlings, bullfrogs, iguanas, and insects.

After studying illustration at the California College of Arts and the Academy of Art University, Terryl began a career that has spanned over 25 years. She has worked with many major studios and effects houses as a highly sought after creature and concept designer. Clients include Industrial Light and Magic, Lucas Film Ltd., Pixar, Walt Disney Feature Animation, PDI, Entertainment Arts, LucasArts, Chronicle Books, and various zoos and natural history museums.

Terryl is a former instructor and course developer for animal anatomy and creature design at the Academy of Art University in San Francisco, and is the creator and illustrator of three books, The Wildlife of Star Wars: A Field Guide , The Katurran Odyssey, and the newly released Animals Real and Imagined. She is currently living in Northern California and doing visual development for the film industry. 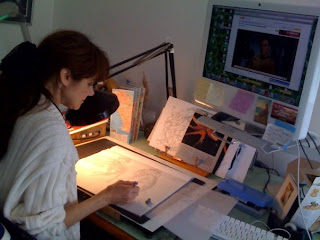 JGO: Thank you so much for granting us this interview. First question; what originally drew you (no pun intended) to a career in creature design?

TW: It was accidental—I am a paleo reconstructionist and animal artist—ILM needed someone who could do animals well, and from there after designing the zebras and monkeys for Jumanji, I had plenty of opportunities to do creatures.  I also did a lot of creatures for LucasArts and LucasLearning. 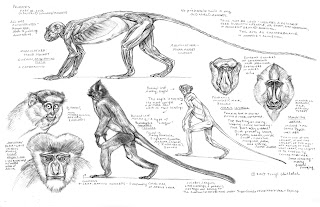 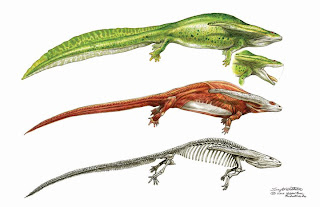 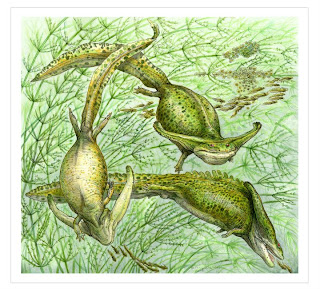 JGO: What inspired the creation of your new book "Animals, real and imagined?"

TW: A nagging art director by the name of Gilbert Banducci. He was in it for fame and profit –just kidding!

JGO: When you begin the design process, how do you prioritize the creature's design? Do you put the creature's behavior first , or do you begin with the environment that it inhabits? Does it change from creature to creature?

TW: While it can be a case by case situation, I usually have a story and place/environment that the creature exists in—this determines to a great deal what types of behaviors and functional lifestyles, and what type of anatomy it needs to survive successfully. 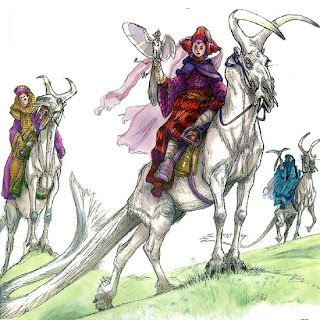 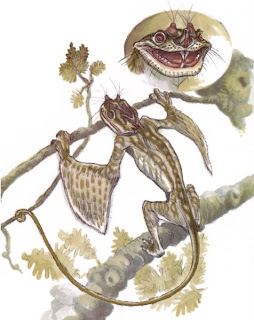 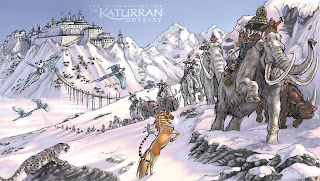 JGO: What are some of the greatest challenges that a creature designer faces when working as a part of a team on a feature film?

TW:  The greatest challenge is communication and understanding of the big picture that you are all trying to achieve together, and to understand  and appreciate one another’s individual skills and responsibilities.  All have unique talents that complement one another’s.  There is never room for prima donnas.

JGO: Other than clothing or ornament, what are some of the characteristics that a designer might include when creating highly intelligent (sentient) creatures? 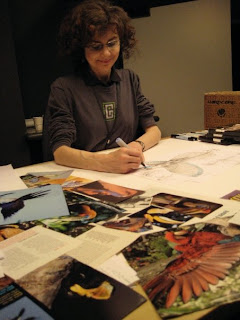 Above: Terryl works surrounded by her reference images. She has a substantial library of images  to refer to inside a wall of file cabinets. Research, reference and knowledge of anatomy are essential to creating believable creatures and characters. 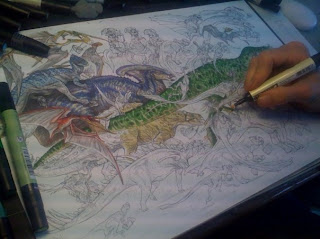 Above: Terryl uses Copic markers (both original and sketch) to paint her illustrations. The markers have both broad and narrow nibs, are refillable, and can be layered to create varying effects.
Below: finished illustration. 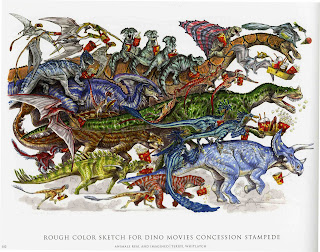 TW: In actuality, there are not really any significant differences in designing between 2D and 3D venues.  They both require accurate spot-on drawing and anatomical knowledge, even if the end result is for extreme stylization in the characters.  Most animation studios want to start out very realistic, and then stylize in degrees from that point.  The anatomy simply is stylized each step of the way. 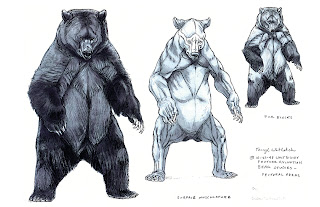 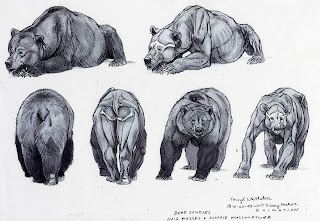 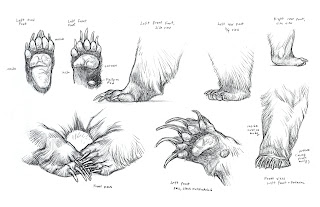 Above: bear anatomical studies by Terryl Whitatch done for Walt Disney's animated feature film "Brother Bear". Below: clean up scene sample model sheets (animation by Rune Brandt Bennicke, clean up by David Nethery) demonstrates how Terryl's informative studies were put to use in the final film. 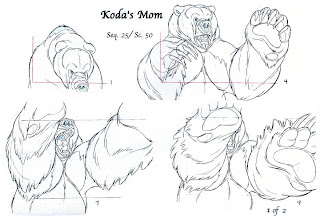 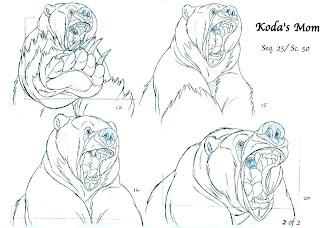 JGO: There's been a recent trend in films to add extra limbs or eyes to alien creatures. Are there any environmental factors that would lead to the development of, say, large hexapedal animals, or do such designs simply require a willing suspension of disbelief from the audience?

TW:  Such designs do indeed require a willing suspension of disbelief.  On the planet Earth, the only successful animals with 6 or more limbs are the arthropods—insects, arachnids, and crustaceans.  They all tend to be very small and/or water dwelling.  These animals do not need the extra calories that would be required to support and move extra pairs of limbs, which are heavy and require considerable energy and nutrition.  The forces of physics alone negate any advantages that extra legs might have.  In our world, extra limbs on normally four-legged animals such as amphibians, reptiles, mammals, or birds, would be counter-productive to the survival of the animal, and in most cases, would be a fatal mutation.

Stay tuned for part two. And in the meantime, Los Angeles residents can mark their calendars! Terryl and her editor, Gilbert Banducci, will be in L.A. between March 17th and March 19th for lectures and book signings regarding "Animals Real and Imagined". Below is a poster with all the details of the dates, times and places: 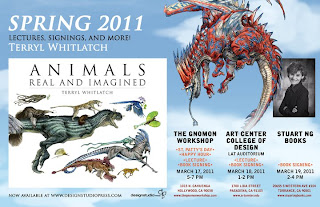