Eisner award nominee Joshua Middleton's career has only spanned ten years, but in that time he has worked as a highly successful artist and designer in the animation, film, comics, and publishing industries. Middleton started his career as a comic book artist in 2000 as penciler for CrossGen's Meridian. After CrossGen, he joined a small independent British publisher, Com.x, with plas to release his own series Sky Between Branches . A  preview issue debuted in early 2002, along with some other work for the publisher. 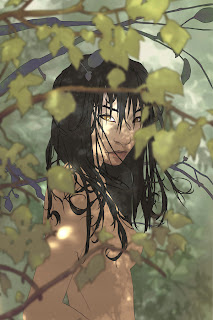 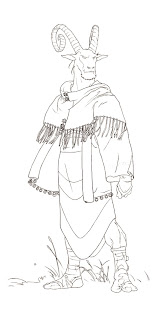 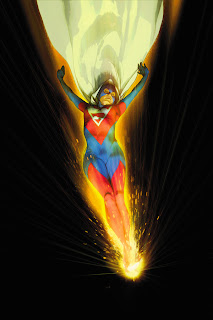 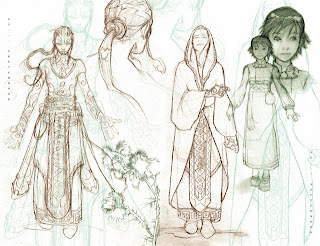 After contributing covers and short stories to X-Men Unlimited beginning in late 2002, he signed an exclusive contract with Marvel Comics in 2003 and worked as cover artist on New Mutants and created NYX with Joe Quesada as a writer. Following his stint at Marvel he signed exclusively with DC Comics in 2004. His first DC series was Superman/Shazam: First Thunder, a miniseries that launched in September 2005. Along with illustrating some short stories and single issues, Middleton also served as regular cover artist for the Vertigo series American Virgin. and is the current regular cover artist on DC Comics' Supergirl ongoing series. While no longer under contract with DC, Middleton has continued to produce comic book art almost exclusively for the publisher. 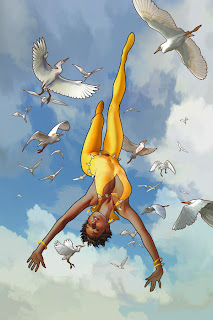 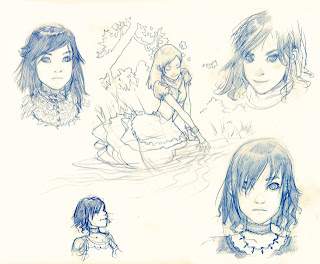 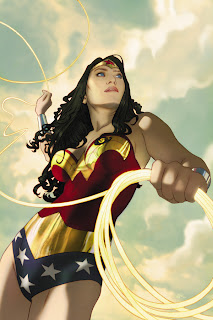 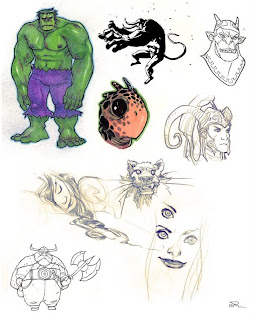 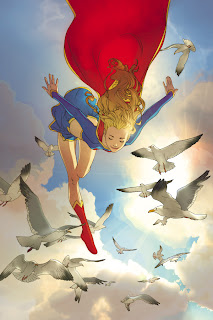 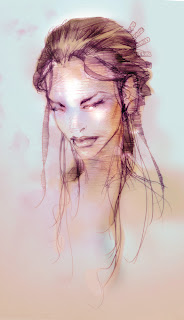 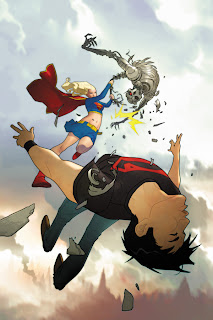 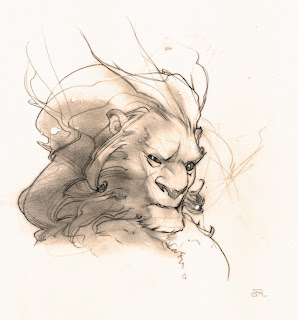 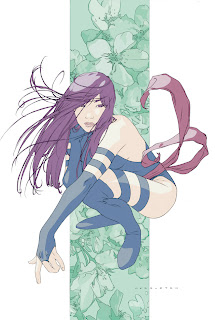 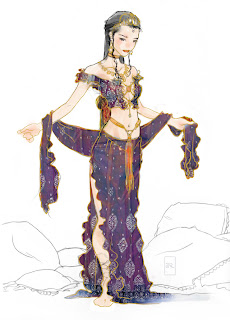 Middleton starts with small thumbnail sketches, working various concepts and idea before doing a blue line of the final image. He generally  pencils in either graphite or non-photo blue and inks traditionally with a brush and pen, often on vellum. He then does the color work in Photoshop, sometimes using Corel Painter for additional effects. Listen to his sidebar podcast interview here  and see more of Middleton's work at both his website and blog.
Posted by Jennifer G. Oliver at 3:32 AM