Born in in New York City in 1929, Mort Drucker is is a caricaturist and comics artist best known as a decades-long contributor to the satiric magazine Mad, specializing in drawing movie satires. Drucker entered the comics field by assisting Bert Whitman on Debbie Dean in 1947. He then joined the staff of National Periodical Publications (DC Comics), where he worked as a retoucher. Early in the 1950s, Drucker began doing freelance work. (click on any of the images below to enlarge them). 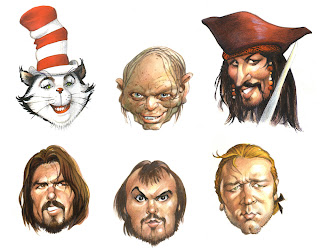 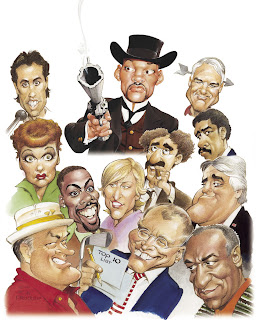 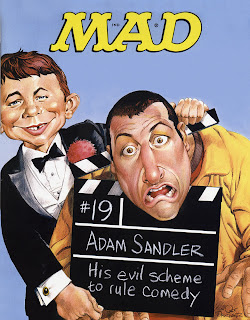 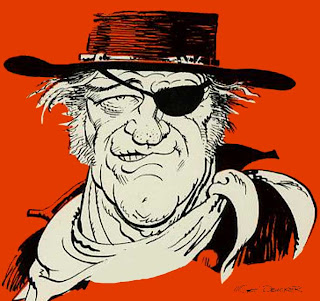 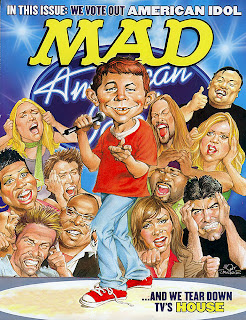 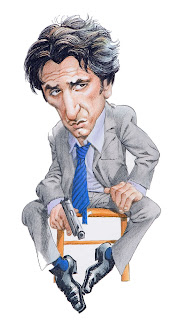 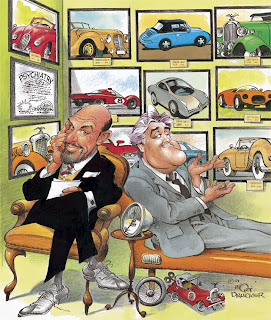 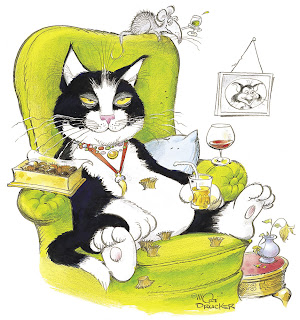 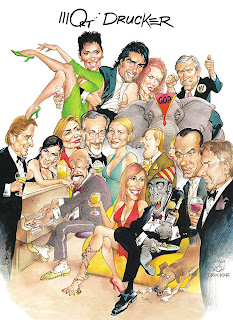 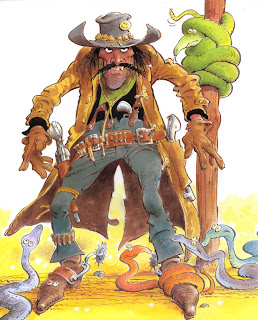 In the fall of 1956, shortly after the departure of original editor Harvey Kurtzman, Drucker found his way to Mad. His debut there coincided with a World Series broadcast, and publisher Bill Gaines told Drucker that if the Brooklyn dodgers won the game, he would be hired. The Dodgers did win. Capricious though Drucker's alleged audition process may have been, it made for a good anecdote. More than a half century later, Drucker held the longest uninterrupted tenure of any Mad artist.
During the same period, Drucker pursued assignments in television animation, movie poster art and magazine illustration, including covers for Time. He remained active for DC, illustrating War Stories, among other titles. In 1962, Drucker teamed with Paul Laiken on the JFK Coloring Book for Kanrom Publishers.