Animators often talk about "economy of line"; describing as much as possible with the fewest lines since every line has to be drawn over and over again. Costuming and drapery folds are simplified to the greatest degree since animators put most of their time and effort into drawing the character's face (in animation lingo this is called "knowing where to put your money"). The folds and creases that they do draw must be carefully considered; adding to the believability of the character, not distracting with excess or become too flat by being minimized too much. It's a balancing act. One Illustrator working today creates drapery folds with nearly the same economy of line that traditional animators do, and her name is Sheilah Beckett. Nothing is wasted in her work; the clothing only enhances the characters she has created, and the ornamentation she embellishes her costuming with is like icing on an already perfect cake. Less is more in her clean and well constructed line drawings.

Ms. Beckett has been working professionally as an illustrator since the 1940's, and at the age of 97 she's still trying new things -now working on Photoshop on a Wacom tablet- and taking on new commissions. You can read more about her remarkable career here and you can get the most recent news about her current work on her Facebook page. (Click on any image below to enlarge it): 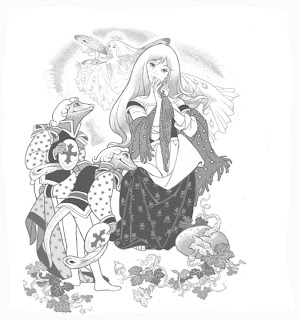 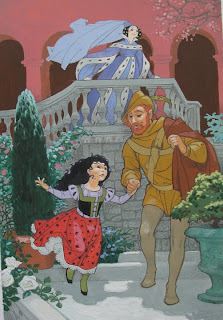 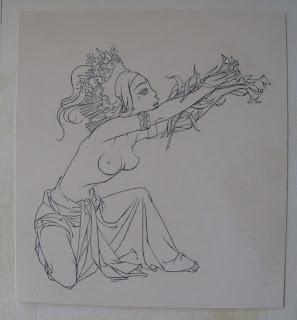 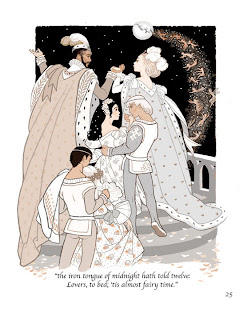 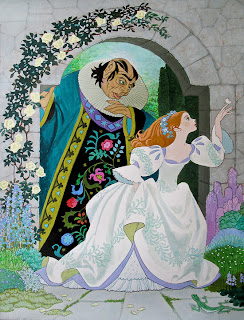 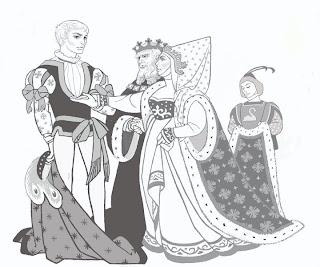 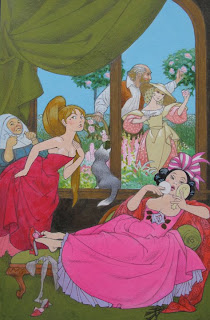 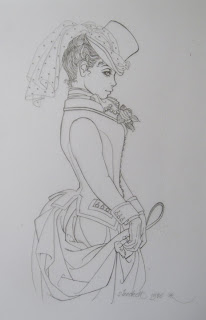 Note how the heavy, tailored jacket of the figure above, which has almost no wrinkles. Contrast it to the lighter gathered skirts below it whose folds bunch and hang heavily, and the crisp chiffon wrapped around her hat, which is less effected by gravity. 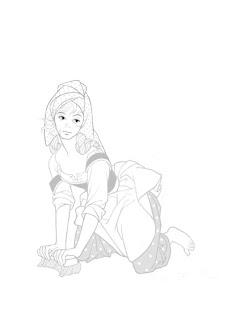 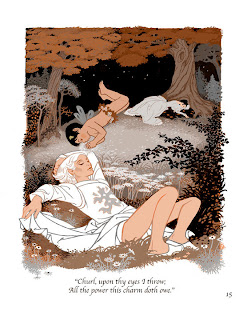 Contrast the more organized folds of Lysander's garments above.... 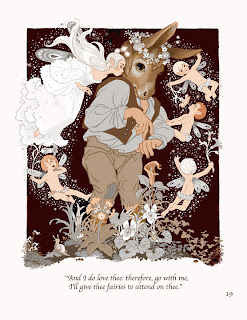 ....with the rumpled, twisted and more chaotic drapery of Bottom's clothing, above. 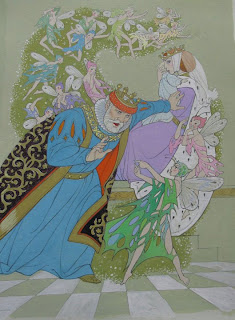 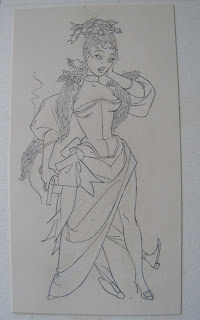 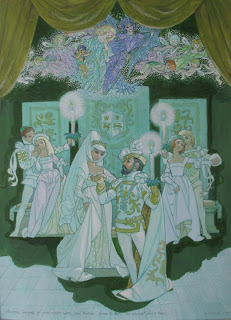