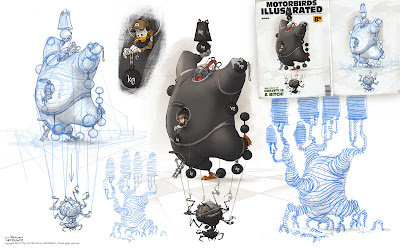 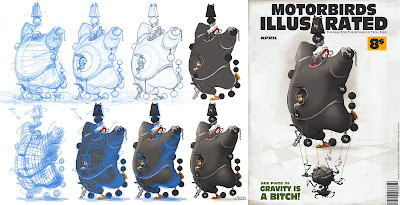 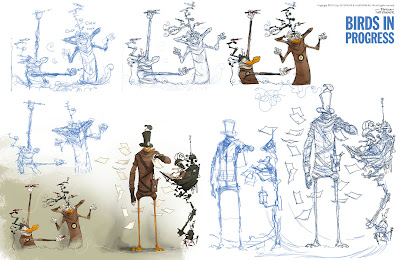 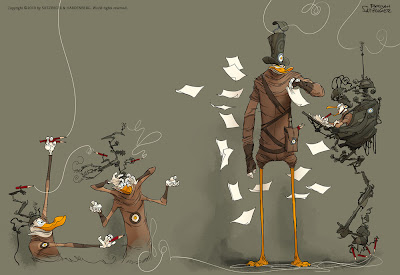 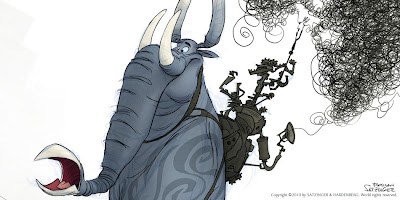 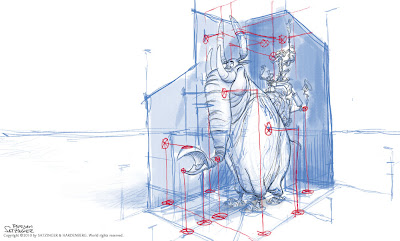 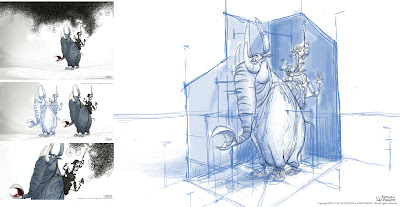 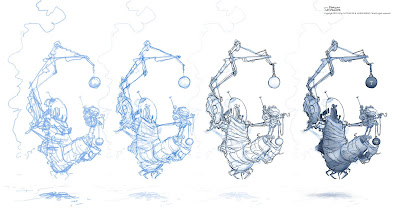 Florian Satzinger was a student of the well regarded Disney, MGM and Hanna-Barbera animator and animation director Ken Southworth ("Alice In Wonderland", "Woody Woodpecker", "Tom & Jerry", "The Flintstones", "Peanuts") who influenced him greatly. At the present, he is a production designer, character designer and writer ("StarDucks©", "Toby Skybuckle©", "Childwood©") at S&H FEATURES. Recently, he agreed to start the work on the first StarDucks© graphic novel and the writing on the Toby Skybuckle© books series for a major French publishing house in parallel with the comic book series Childwood© for a major Canadian publisher. Besides his design and production work, he teaches character design, analog animation and animation history at the University of Applied Sciences, Salzburg.

Satzinger believes that good planning results in good character design. Here you can look at his creative process, from rough doodle to finished design. Note how he uses a box layout to solidify his forms and create a character with solid volumes, and just how many passes it takes to get from the roughest doodle to the final design.

Blog: http://paperwalker.blogspot.com/
Posted by Jennifer G. Oliver at 7:21 AM